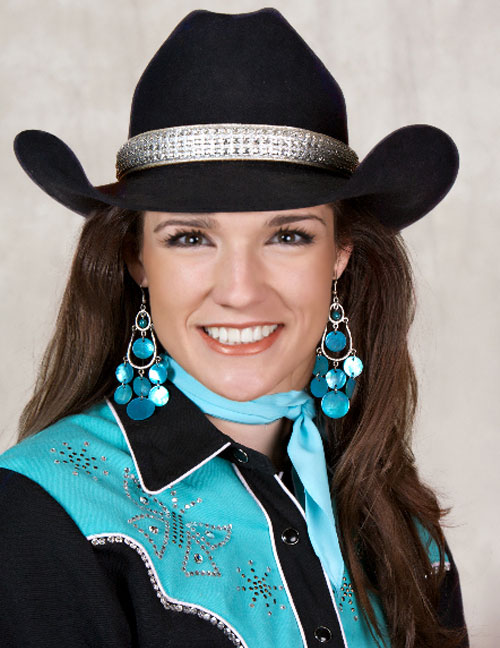 Taryn is attending Arizona State University on a full academic scholarship where she is among the top 1% of college students in the nation. She is currently working on a joint bachelor’s master’s degree in broadcast journalism with a minor in geography at the Barrett Honors College and the Walter Cronkite School of Journalism and Mass Communication. She has interned at the Arizona Republic and the Weather Center at Fox 10 News. She plans on working as a broadcast meteorologist.

Growing up, her passion for horses and the equestrian lifestyle led her to many horse-related activities. Sponsored by the Cowgirls Historical Foundation, Taryn has been honored to have ridden with group in the Tournament of Roses Parade in Pasadena, California for the past three years.

Taryn also enjoys expressing her equestrian interests through her artwork. Her work has won several art competitions on state and national levels, and has been featured in magazines and museums.

Taryn’s love of horses has also prompted her to pursue various equestrian studies. She spent a year doing science research called “Measuring Stress and Immune Response in Students Following Interaction with a Horse.” This study scientifically explored the physical health benefits of being with horses. Her subjects in the study showed reduced levels of the stress hormone cortisol and increased levels of the antibody immunoglobulin-A. Her research earned the United States Navy Science Achievement Award and a medal in behavioral psychology at the Arizona Science and Engineering Fair. The study continues to buttress equine therapy groups today.

As Miss Rodeo Arizona, Taryn’s long-term goal to preserve the western heritage and equestrian lifestyle will be on the forefront. She will continue to follow in her forefathers’ footsteps as she supports rodeos and western events throughout the country.

Taryn tips her hat to all those who show respect for God and country; and unselfishly work to support that which is good.